It has been a couple of years since the original podcast thread had any activity, so - in the hopes of getting some new recommendations myself - here’s a bigger, better, brighter, bnewer podcast thread.

For my list, I’ve chosen to include most, but not all, the podcasts I listen to. Along with this, for some, I do only listen to the occasional episode. Some of the podcasts in my list contain potentially adult or upsetting content and I’ll try to mention that in the description of them, but please do check for yourself before listening if this is important to you.

Alice Isn’t Dead
A truck driver searches America for her dead wife. To say any more would spoil too much of the story. Three seasons of ten (or so) episodes each, created by Joseph Fink of Welcome to Night Vale fame. Contains violence and other adult themes.

Within the Wires
Surreal audio guides. To me, not quite as good as Alice Isn’t Dead, but certainly different and not too bad. Created by Jeffrey Cranor, also of Night Vale fame.

The Allusionist
Linguistic adventures. I enjoy this podcast quite a bit. Easier for you to listen to an episode or two rather than trying to describe it here. Would recommend episode 79, “Queer”. Some episodes contain nsfw language.

Bedside Rounds
A doctor with an annoying voice talks about the history of medicine. Not much more to it than that.

Dreamboy
A fairly new podcast, coming from the Night Vale people. Its weird, but not effortlessly so. Still not sure if I'd describe it as good. Contains NSFW language and strong adult themes right from the start. Main character is a relatable {to me, for the first few minutes} gay dude, then a zebra gets involved.

Futility Closet
The best podcast in the world. Greg and Sharon Ross, along with Sasha the podcat, share interesting stories from the past. The first few episodes are a little shaky, but when they switch the last section of the show to lateral thinking puzzles it becomes great.

Hello Internet
Pretty boring honestly, but I feel like I’m stuck with it. Often only listened to when I’ve gone through my other podcasts for the week.

How I Built This
Rich people talk about how they got rich. Have only listened to a couple of episodes, but included it here in case any of the people featured are of interest to anyone here.

Imaginary Worlds
Discussion on creating science fiction and fantasy worlds. Can be interesting.

The Kitchen Sisters Present
An excellent podcast. Their website describes it best - “Stories from the b-side of history. Lost recordings, hidden worlds, people possessed by a sound, a vision, a mission. The episodes tell deeply layered stories, lush with interviews, field recordings and music.” Can contain NSFW and upsetting themes.

I would recommend episode 34 - "The Vietnam Tapes of Michael A. Baronowski", episode 37 - “Bone Music”, and episode 44 “Black Chef, White House”.

Legends of Surgery
A doctor with a boring voice reads out wikipedia articles. I’m convinced that’s what he does. Either way, there’s the occasional interesting fact, and I find it to be excellent white noise.

The Librarian is In
I’m including this one despite it being fairly new to me, and having only listened to three episodes. Two librarians from the New York Public Library discuss books and more. Sounds great, and I was really excited by it, but I just don’t like one of the hosts. At all.

the memory palace
Nate DiMeo takes a story, and in less than twenty minutes, using only audio, makes you feel like you’ve experienced it yourself. Can’t praise this podcast highly enough. Would recommend episode 132 - “Ida Lewis”.

omega tau
Fairly detailed discussions on science and engineering. The host interviews people with interesting jobs, and the episodes are usually a couple of hours long. Can be fairly dry.

Opening Arguments
If you want to learn more about {US} legal stuff you could try this. I’m including this podcast despite having only listened to one episode because I found it to be very helpful, and perhaps it may be useful to others.

Stuff You Missed in History Class
Fairly enjoyable, and it does definitely cover stuff that I didn’t learn in history class. No particular episodes to recommend, best to just pick one with an interesting sounding title and go from there.

48 Hours
I know I’ve listened to a few episodes, and I know that I liked them, but that’s all I remember.

Ear Hustle
Stories about life in prison, shared by those in prison. NSFW, adult themes.

The Ghost Museum
gdi jim and chels where are you. Funny, frustrating. Ostensibly about scary stuff like ghosts, but half of each episode is devoted to other stuff.

Invisibilia
Good. A product of NPR, and it shows.

Seven of Wine
Two people discuss an episode of Star Trek Voyager while drinking a bottle of wine. Pretty good and I laugh at it often.

The Undifferentiated Medical Student
A medical student with a voice I have no opinion of interviews people about their medical specialities. I like this podcast as white noise.

The West Wing Weekly
jesp’s future husband Hrishi “from Song Exploder and The One AM Radio” Hirway and Joshua “I’m the most annoying person ever” Malina discuss an episode of the West Wing each week. I gave up on it a long while ago because Josh "I was on West Wing, don't you know" Malina is so annoying, but the episodes I did get through were otherwise good.

Why’d You Push That Button by The Verge.
Discusses social science and the psychology of social media. Very interesting.

Yay podcasts! I spend so much time listening to them (and wishing so, so badly that D&P will have one someday.)

Here are some that I listen to that haven't been mentioned yet (not a definitive list, I have more, but definitely some of the best ones I have. Also I don't necessarily listen to every episode of all of these, because who has time for that, lbr):

Dear Hank and John
The first podcast I ever listened to. It's 'bad advice' that's sometimes actually useful but most of the time genuinely awful yet hilarious. Also includes a bad pun by Hank, this week's news from Mars and AFC Wimbledon, and just overall it's usually very funny.

That's Ancient History
A podcast (mostly) about Ancient Greece by booktuber/actual historian Jean Menzies. Always comes with book recommendations. Slightly lower production value than the other ones here, so that might take some getting used to, but it's super interesting and Jean really knows her stuff.

Planet Money
A surprisingly fascinating podcast about money & the economy. I mean, I listened to a whole episode about how accounting became a thing and it was actually interesting??

The Infinite Monkey Cage
A very chaotic live recording of a discussion on a different science topic each week, with a panel consisting of a combination of scientists and comedians.

Harry Potter and the Sacred Text
This pod goes through all the harry potter books 1 chapter per episode, treating the books as a religious text, with a theme that they use a lens to frame that chapter in, like friendship or hope. There are some very deep discussions on what happens in the chapter, what the character motivations might be, and what we can learn from it. Sometimes it's almost too millennial for me, too 'everything is positive and amazing and about love and respect', but also sometimes that positivity is just really nice, y'know.

You're Wrong About...
Literally what it says: 2 reporters (I think?) go into a topic each week, and why the general view of that topic is wrong. So for example, what really happened at Stonewall? What was the Satanic Panic? It's super interesting. I just listened to the episode on Kitty Genovese and bystander apathy yesterday, and boy is it harrowing how wrong people get that story and how much it got twisted.

David Tennant Does a Podcast With
Ok first of all I can listen to this man talk for hours and I am mildly upset at how few episodes there are. Also the episode with Michael Sheen? Highly, highly recommend, even if just for the story of how Michael and Neil Gaiman met.
Top 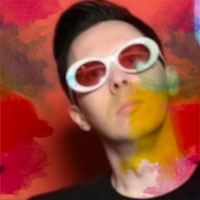 I only really listen to one right now that is active

It's really good tho, and is really fun.

Things Could Be Worse
This one is by Brady Szuhaj, and it's really nice. He rambles about random things he's interested in. I really enjoy it.

Here are some of my faves right now:

Anthropocene reviewed
John Green reviews different things on a five star scale, but in his special John Green way. He has reviewed things like scratch'n'sniff stickers, love at first sight and Tetris and it's always very personal and beautiful.

The Fundamentalists
Youtuber/comedian Elliott Morgan and philosopher Peter Rollins talk about philosophy, psychology and theology. I know next to nothing about any of those topics but they talk about it in a way that even I understand (at least some of it). Maybe not the best if you're prone to existential crises.

Not too deep with Grace Helbig
Grace interviews people from the internet and media world in a lighthearted way. She's had like every american youtuber at this point, and a bunch of brittish ones (including Louise, PJ, Jack&Dean, Dodie etc), and it would be my dream for deppy to be guests one day.
Do you make mistakes or do you make a change?
Top

I just posted about On the Media on the ContraPoints thread and thought I'd crosspost here. On the Media has always been on of my favorite radioshows/podcasts, so I was excited to hear one of my favorite YouTubers featured in a long piece--about LeftTube, of course.

On the Media addresses current media coverage of everything from politics to natural disasters, as well as having longer pieces on things like LeftTube. Some of their most interesting stories have been looks at the history of ideas, and how they are or were protrayed in the media--everything from what it means to be gay to how the US managed to intern its Japanese-American citizens during World War II.

This is the ContraPoints piece: How YouTube's Left is Changing Minds
"If you're left-handed, ask a friend."
"Why am I left-handed?"
"Everybody makes mistakes."
Top

And to update a recommendation from the first post -

jesp wrote: ↑
Thu Mar 28, 2019 12:18 am
Dreamboy
A fairly new podcast, coming from the Night Vale people. Its weird, but not effortlessly so. Still not sure if I'd describe it as good. Contains NSFW language and strong adult themes right from the start. Main character is a relatable {to me, for the first few minutes} gay dude, then a zebra gets involved.


Yeah no, after listening to the rest of the episodes I don't think this is a good podcast. A mildly interesting story with boring and uncomfortable sex slathered all over it.