Hey y’all! So the only YouTube presence I follow more than deppy is Screen Junkies, so I was wondering if anyone here might also be fans... despite both being quite popular deppy and SJU might not have much fan overlap

I went from fan to stan of SJU after they handled trashbag Andy’s exit so well and imo the channel became so much better after he left, especially now that they have Roth hosting the daily show, and while Hal kind of annoys me, I do enjoy movie fights a lot more with his as the host. Main complaint is that I want more Danielle, but tbh I can never get enough Danielle (especially when it’s her and Joe, their friendship is delightful).

But anyway, i’d love to hear other ppl’s opinions on them?

(To ppl who might not know the channel, if you’re interested in movies you should check Screen Junkies out. They’re the Honest Trailer people but they do a lot more than those and are genuinely just kind people.)
Top

I've heard the name but never watched them... care to drop in some of your favorite videos/ones that make a good intro? I'm always down to check out new-to-me channels.
Top 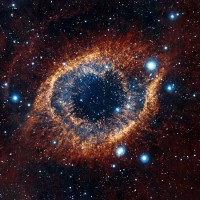 I mainly watch honest trailers, but I do sometimes watch SJ news


BTW what happened with Andy? I never followed after he left, I just know he left one day.
Top
Post Reply
3 posts • Page 1 of 1

Return to “Other Youtubers”