I was reminded today that this song exists, and I love everything about it! Sometimes I wish I could pipe it directly into Dan's ears after some of the self-critical things he posts or says in videos.

Edit: Yay, top of a whole new page of happiness!

In honor of this achievement, I'll add my favorite video from the classic YouTube series Auto-Tune the News, which definitely never fails to make me happy.

I'm having an anxious night and acrylic pour videos are getting me through it.

Roly West is a YouTuber who I absolutely adore, and I think their laugh is one of the most infectious I've ever heard! I've put two exemplary videos below. In my opinion, the build-up for both videos is pretty long (i.e., the first 6.5 minutes in the first and the first 3.5 minutes in the second), but they both have me literally crying with laughter by the end.


I've put two more throwback videos under the spoiler. They both contain a single short moment that cracks me up that I think others might also enjoy if they like Roly.

itasca00 wrote: ↑
Sat Apr 20, 2019 5:44 am
Roly West is a YouTuber who I absolutely adore, and I think their laugh is one of the most infectious I've ever heard! I've put two exemplary videos below. In my opinion, the build-up for both videos is pretty long (i.e., the first 6.5 minutes in the first and the first 3.5 minutes in the second), but they both have me literally crying with laughter by the end.

I've put two more throwback videos under the spoiler. They both contain a single short moment that cracks me up that I think others might also enjoy if they like Roly.

I really enjoy having train cab ride videos playing on the side while I’m doing other things, and while they’re not exactly videos that make me happy, I do find them extremely calming and thought I’d share. Japan and Norway {one of my favourite countries} seem to have the best, and UK cab rides are usually pants. There’s loads to choose from on youtube, but here’s a couple good ones:


This one is a monorail, and is pretty short, but it seems like a really beautiful place.

Sometimes I fall down YouTube rabbit holes in which I watch a ton of auditions from various singing and talent shows, and watching these videos never fails to make me happy. The audition that sticks out the most in my memory (and that I've probably rewatched the most) is this one: 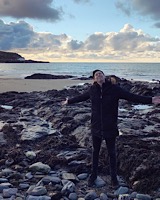 I don't know if this clip will ever stop cracking me up. I keep showing it to every friend I meet up with.

That's amazing--so funny and so sweet. And it put my cat to sleep.

Back on the topic of songs - this ending theme for Shin Chan remains something that makes me smile. It makes me think of college and watching this with my old roommate.

There are a number of sitcoms that I like to watch from start-to-finish over-and-over again as background noise, and I just started watching Frasier again. I just remembered that this moment exists, and it never fails to make me laugh.

There are undoubtedly countless Pokémon meme pages, but I've taken a special liking to the Bulbasaur Propaganda Twitter account. They retweet the cutest Bulbasaur fanart and funniest memes, and going to their profile just makes me really happy every time!
#stanloona
Top

itasca00 wrote: ↑
Thu May 16, 2019 5:07 am
There are a number of sitcoms that I like to watch from start-to-finish over-and-over again as background noise, and I just started watching Frasier again. I just remembered that this moment exists, and it never fails to make me laugh.


Oh I love this. Frasier is one of my favorite shows, and I'm gonna piggyback on that because I discovered Matt Baume a few months ago and his Frasier video is one of my favorites. Despite Frasier being a show I've probably seen probably every single episode of twice, this video still made me look at it in a new perspective.

alittledizzy Wow, thanks for sharing! Before I watched that video, I had no idea there were any queer people besides David Hyde Pierce who worked on Frasier!

Okay this made me laugh too hard. SO CUTE

Okay, I haven't watched this video since it was first published over ten years ago. However, I have thought about it from time to time over the years, and tonight was one of those times. I think it is perhaps the most endearing video John has ever made, and rewatching it for the first time tonight made me immensely happy.

Malinda Herman - a Thai grandmother that posts song covers on youtube, mostly singing to her dog.

If a boy ever wanted to win my heart forever, sending me this video would probably be one of the surest and quickest ways for him to do it.

(If you don't already know them, Greg and Mitch are a couple who run the science education YouTube channel AsapSCIENCE. With them writing and performing this song together and it being so closely related to their passions, I can't help but feel like it must be very personal and special to them, and those aspects of the song in addition to the sciency and gay aspects all come together to make it one of my favorite love songs.)

Scotty Dynamo is a gay Canadian DJ, recording artist, actor, and off-and-on YouTuber. I started following him around 2008 because I liked his music, and my interest increased after he came out in a music video in 2015. However, I think this past year has definitely been the best year to be following Scotty because he's started posting some really cute videos with his boyfriend, like the one below.

I should warn you that I've personally always found Scotty's dancing to be somewhat dorky, but I think it's rather endearing as well. I think it's also worth noting that Scotty split his pants filming this video, but he says it was worth it. 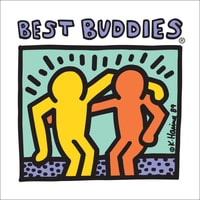 something which always makes me smile: 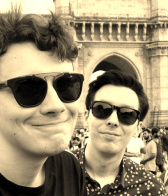 Something about this video was strangely pleasing. I'm definitely using my pencils all the way to the end now.

poweroftriangles you have reminded me how much i love watching videos showing how production lines work. i really like this one about jaffa cakes:

poweroftriangles, the video you shared reminded me of a new show on Netflix I watched a few weeks ago called Blown Away. The premise of the show is very much like The Great British Bake Off, but with glassblowing (and the contestants are professionals rather than amateurs). For me, watching the artists work and seeing what they come up with in the end is an unbelievably incredible experience! To give you a sense of what the show is like, I put the trailer under the cut.
In particular, my favorite artist on the show was Deborah Czeresko. Drawing on her experience as a woman in the male-dominated field of glassblowing and as a lesbian, themes of feminism and celebrating otherness are often prominently featured in her pieces. I put my two absolute favorite pieces of hers from the show below the spoiler.

This is a spoiler in the sense that you can see how the pieces turned out, and you'll know that Deborah will remain in the competition as long as you haven't seen both of these pieces on the show. And for context, I've also stated the prompts that inspired the pieces. Otherwise, I've taken care to ensure that nothing else about the show is revealed.

The prompt was something like "the body in motion."

Deborah talks more about the concept behind this piece in the photo caption, but she also reveals which episode this piece is from. Below, I have extracted the relevant part of the caption:
Sprouted potatoes like those forgotten ones found in the recesses of a cabinet or refrigerator are the subject of this plant based conceptual still life that takes formal cues from ikebana and bonsai. The sculpture confronts societal standards of beauty and otherness through it’s subtle glamorizing of everything a typical flower is not. The germinating sprouts and buds on the piece comment on the potential and power of the unsung, unnoticed and marginalized such as this underrated starchy plant tuber that is one of the most important food crops in the world.
You're being beamed up by aggressive aliens and they're plugging in the anal probe
"Oh, God. Okay. I say: *shrug* [...] I'd be like, 'I don't know how this works. Put a condom on that thing. *shrug*'"
Dan Howell, 5/10/18 Try new things..?
Top

This woman based in Australia saves bats! She does what she can for the conditions she finds them in (lots of them seem to get stuck in barbed wire or hit their heads

) and releases them back into the wild. Some of the content is a little gory, but most of it is really heartwarming to see her save the bats and then to watch those cute little bat faces calm down