You know you watch too much Dan and Phil when…

A pretty self-explanatory title. I was inspired by a topic on a forum I used to visit.

We can be a bit crazy sometimes.

In this period of drought, I though it could be fun if we all laughed a bit at ourselves for going slightly overboard due to all the videos we watch.

Anyway, I'll be the first to confess. Here are all the things I did because I'm too deep into Deppy.

You know you watch too much Dan and Phil when…

… You accidentally call your cat 'Philip'.
… You must write an assignment about your hobby in Japanese and you describe watching Dan and Phil.
… For another Japanese assignment, you write an imaginary postcard… To Phil Lester.

Feel free to add whatever you did. You can also have a good laugh at me. That's allowed too. 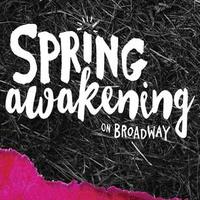 You have to write a short story for a "Teaching of Writing" class in grad school, and you write Dan and Phil fanfic. (with their names changed, of course)
"Someone, somewhere is into that." Daniel Howell
Top

You see the phrase "All or nothing" in the news and always hear it in Phil's voice, complete with a quick zoom-in of his face.

You have to stop and contemplate whether cherry blossom themed things are really an aesthetic you like or you're just projecting an emotional connection on them. 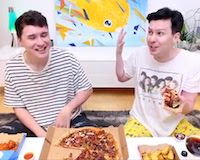 You call your partner Dan accidentally when you're falling asleep and they just laugh it off...

You believe 8 seconds is the only acceptable length of time for heating up cookies in the microwave. (Mi-Cro-Wave


(this is seriously a great thread 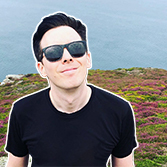 you have at least 3 instances of dnp word association per day. i’ve seen their videos so many times that i just parrot back dialogue in normal conversations. this is probably an issue.

you add -ussy to the end of a random word and immediately want to punch yourself for doing so.
Top

When you can't buy a bag of Maltesers without the image of Dan stuffing them in his big mouth hole floating around in your brain.
Stan is only one letter away from Satan.
Twitter *•.(★).•* Tumblr
(inventor of capita£ester, will kick people who use it to slander phil)
Top

-say "radical conceptussy" regularly
-have "bloody hell" and "bloody fuck" as regular swears (as a Canadian, this is not normal)
-get that royalty free fiesta-type music that Dan used in tons of his old videos stuck in my head to the point of near insanity (actually, that and the song he sang all the time to fill the silence in his liveshows)
-somehow find a dnp related anecdote to most conversations
Top 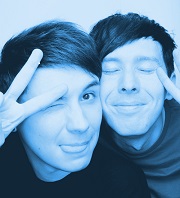 I've done 'radical conceptussy' and had to resist 'nose pressure'. And I got into Japanese cherry blossom body shop products cause of the association.

Repeating the word quinoa whenever it comes up

Oh and I rapped the kanye verse of american boy at a party once thnks Dan.

When you go shopping and find more shirts for Dan than for yourself (honestly, when you see a jumper with a text "hello my name is GAMER" how can you not think of Dan wearing it on dapg)
You should never go to sleep on an argument.
Top

I have a new one. How surprising.

…You make a wristband that says

and wear it everyday.
Top

When you go shopping and find more shirts for Dan than for yourself (honestly, when you see a jumper with a text "hello my name is GAMER" how can you not think of Dan wearing it on dapg)

Not only do I do this but so do my husband and son. “That’s a Dan shirt, that’s a Phil shirt”.

You make “your mum” jokes with your child.

People compliment you on your fox jumper and you think about sponing amazingphil shop dot com, but remember that they’re sold out.

When your Australian male Siri doesn’t understand you so he just plays music he thinks you would like and all of them can trace back to Dan (Ariana, Troye, Perfume Genuis, Muse) and then you genuinely get g-noted in the car and decide that’s quite enough.

When you can’t decide what to name your cactus.

Your board game pile has several games recommended by Phil and one created by him.

When you’re torn between Malteasers and Pocky at the cinema.

When your nephew's pre-school teacher asks if those are horns on your hoodie when dropping him off.

When your nine year old is still/already in his emo phase even though you never had one. And his only non black or grey clothes are pastel. And he wants a corgi, shibe or Samoyed (doggo). And he says Britney Spears is his favorite musician even though he’s only listened to toxic.

You can relate almost any conversation back to Dan and Phil and try to restrain yourself from doing so depending on the company.
Top 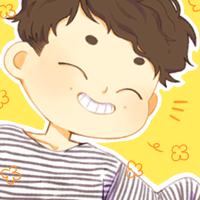 - i have a habit of ironically flirting w the enemy team (or my team if people are flaming each other, it helps ease the tension, try it) on all chat while i game, and now ive gotten used to calling them "dad/daddy" or "senpai" .........i really shouldnt but i type faster than i think and i blame dnp

- one time i was telling my close friends (who dont watch dnp) how i wanted to know how to make chat stickers for something and w/o missing a beat they said "oh, for your phandom?"

"you are next to me in my life"
Top 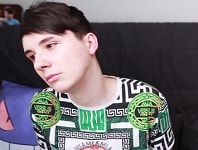 I mean there are little things...
-you suddenly care about watering plants
-all your music playlists are titled 'pleasant bops'
-you feel nostalgic about FF VII, a game you've never played

and then there are things that make your cat look concerned at you
- you call yourself a fan and consider yourself trash while you've never cared in the slightest about idolatry like fandoms or celebrities.
-you have imaginary conversations with Dan and Phil
-you spend time on IDB and stan twitter during working hours
Finding my own inarticulate prose
Weirding out strangers and laughing at those
Jaundiced and jaded, postured and posed
Not that we’re special it’s just that we’re
Closing in on a place where we might get to be
Living real people regularly
Top

… You wake up at 4.25 in the morning with Danger Men at Work stuck in your head.
Top 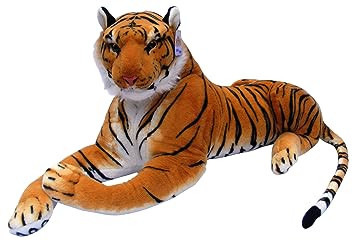 you seriously contemplate purchasing a sleep crop tank (basically a sports bra) with a corgi in a Santa hat for each tit.

it was on clearance...
actions speak louder than words
Top

When you're in a conversation with new potential friends and they say they once got asked if they were their spouse's child and you want to say "This time Dan got asked if Phil was his son" but decide the amount of explanation that requires is not cool.

Also sometimes you just describe DNP as "my friends" when you want to use one of their stories in conversation because it's easier than explaining "these people I've watched online for a decade and obsess over".

You hear London Bridge by Fergie playing and this flashes before your eyes: 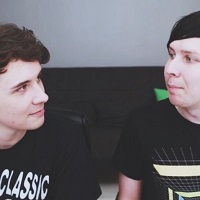 Anytime my 6 year old cousin sees any merch or anything I have related to Dan and Phil she screams "DAN AND PHIL" I had to give her my D&P tour shirt a few months back because it was too small for me, and she loves to copy the lion thing and peace sign they do on the front of it
Top 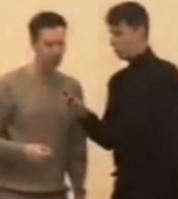 As a lifelong coffee hater you suddenly find yourself ordering a caramel macchiato in Starbucks and drinking the whole thing.
Also, realising that your wardrobe is slowly being overtaken with stripy tops and NASA t shirts.
I regret nothing 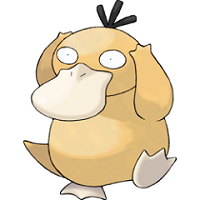 ' constantly. Not even sure which video that was from but it popped into my head and will now never leave.
Top

- your comfort object is literally TABINOF. why am I like this
- hearing a song and thinking: "Dan" or "Phil" or "Them"
- getting emotional over Dan's coming out video ("I'm so proud of his growth") and ur like. 12.
- pinof references, but when people try to call you out you try to dodge it