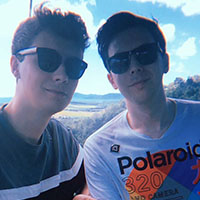 I really love hearing that about the candle supplier, I doubly hope they manage to get a restock of it now! It would be so awesome though if IRL or Phil could announce the time of merch drops with really limited quantities in future. Everything happens between the hours of 12am and 6am for me and it's such a bummer to miss out on things. At least that way those of us in the forgotten time zones can set an alarm since, sadly enough, staying up all night waiting for it isn't really a viable option :/
Top

I'm working on some new 2020-era emoticons for the forum as part of the little sprucing up IDB is about to get... so if you have suggestions for ones you want, throw them at me!

Naturally the forum went down right as Dan and Phil (sorta) did something.

alittledizzy wrote: ↑Wed Oct 21, 2020 3:20 pm I'm working on some new 2020-era emoticons for the forum as part of the little sprucing up IDB is about to get... so if you have suggestions for ones you want, throw them at me!

I think we need a hill emoticon!

Since we named this thread, the cameraman has come out from behind the camera, though sadly not yet to join AmazingPhil. What will happen during the next thread?

Get in your ideas (predictions or not) for the next thread name here and we'll have a new poll soon.....

Vote for next thread name here!

(There seems to be a theme.)

Tweeting about the same thing within minutes of each other. It's joint content.
Stan is only one letter away from Satan.
Twitter *•.(★).•* Tumblr
(inventor of capita£ester, will kick people who use it to slander phil)
Top

Oh my god, that video is painful to watch
Top 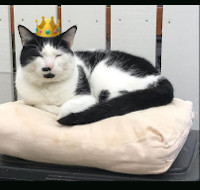 What I get from this is that the two of them are up close to midnight (not unusual for them) talking/having some debate about the moon and then googling about moon things/moon news.

I mean, how else to better spend a Wednesday night? [molester moon emoji]

Edit: I am lmaoing imagining them watching that video pfffff 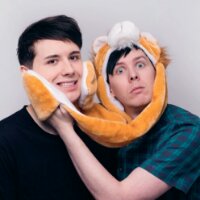 I can’t believe this was 2 years ago! I really miss the 2018 joint live shows. The bow story is supreme content.

"Rub those freckles all over me!" --Daniel Howell
Top

Less that two minutes into the liveshow:
Dan: I'm very upset. We've had a fight

I was thinking the other day about how much I miss their liveshows, especially 2018 ones where it was like a tradition to start out with 'dan and phil's domestic argument of the past few days' recap

Can't believe they flat out told that entire story and didn't seem phased at all about how there's basically no way that happened as they recounted it without Phil having untied it while they were kissing.
Top

alittledizzy wrote: ↑Thu Oct 22, 2020 2:28 am Can't believe they flat out told that entire story and didn't seem phased at all about how there's basically no way that happened as they recounted it without Phil having untied it while they were kissing.

I feel like there were days pre coming out era, especially in 2018 where they were just in more of a 'fuck it' mood about that kind of thing, it's interesting. I've seen people say they could've been laying down but the way Phil is like 'I just saw Dan standing there and I had the temptation to pull it'. You ever just stand so close to your bro that they can't look down? It pretty much only makes sense if you are hugging or kissing, and if you're hugging you're probably close enough that it would be awkward to worm your hand between you and pull it like....

It has always made me laugh because it so strongly reads to me as a situation where they were having a kiss and Phil thought it would be a cute move to tug on/untie the strings (valid assessment imo), not realizing that Dan was randomly very emotionally attached to the way they were tied. Poor Phil, how was he to know honestly. Also Phil's immediate denial and then 'I'll fix it!' lol. I know Phil struggles with his shoelaces but if I had done it and realized a partner was genuinely upset (not that Dan was actually that upset) about it tbh I would probably just google a yt tutorial of tying a nice knot and redo it in like 5 mins.

Also, as mentioned in the liveshow this was the same day that Dan dumped Phil out of the rolly chair onto the kitchen floor of the filming flat lmao
(out of sheer curiosity and 'cause I'm a nerd I went back and looked at that video- the tie looks nice but nothing special (sorry dan) in that vid but also basically the same as the earlier gaming vid where Dan wears the same hoodie so idk)

just because i really love them talking to each other
Top

Okay is that a second chair in Phil’s video or a pixel cube?
Top

Sorry for the double post- missed the edit window but going by his replies and his story it seems like it will be a regular ap video. I am off the joint video train
Top

It did look like a chair to me at first glance but in the insta story it def looks more like the red cubes. It does kind of look like there's a pillow or sth next to him but it might just be the pillow he sits on making an escape attempt.

The project is titled 'pumpkin' in the picture so I really don't know where to go with that. The drink looks interesting though. I'd be down for a easter-esque making weird drinks video (the tiktok coffee video is one of my favs from this year, idk if other people liked it as much). It would be a great spon segue with the hot chocolate.

Always the chance of D's voice, or Phil's eyes Gazing at some point in the distance or D's camerawork.

And even if not, the complete love, enjoyment and appreciation for Phil's videos will be had, as it always is!

I’ve been waiting for Phil’s video all week so I’ll definitely enjoy it!
Top

Stan is only one letter away from Satan.
Twitter *•.(★).•* Tumblr
(inventor of capita£ester, will kick people who use it to slander phil)
Top 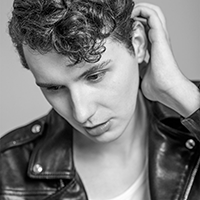 Chandler Wilson being in the video about this particular topic that Dan hosts just makes me smile remembering this post of Chandler's from 2018:


ig caption wrote:Me: "I'd actually like to recreate the photo we took in 2016 if that's okay since I've started testosterone since then!"
Dan: "We love character development!"
.
Here's a nonconventional trans glow up comparison pic pls enjoy
.

Chandler's been a fan of Dan and Phil for a quite while and it just feels very fitting for the emphasis Dan's putting lately on seeing his fans/followers being out and queer emboldening him. Very full circle.
Top

"If you're left-handed, ask a friend."
"Why am I left-handed?"
"Everybody makes mistakes."
Top
Locked
975 posts